Nuclear power likely accounts for more of your electricity supply than you might think. According…" /> Keeping the Lights On: The Rising Cost of Electricity in the United States - Nerdgraph Infographics
Skip to primary content
Skip to secondary content

Nuclear power likely accounts for more of your electricity supply than you might think. According to the graphic, nearly 20% of American electricity is produced via nuclear plant already, and about another 15% produced by wind, hydroelectric, and other renewable sources. With more than a third of our electricity already being generated with renewables, and a huge demand from consumers and activists alike to improve that number, the face of electricity production is evolving, fast.

In fact, the use of renewable electricity sources in energy production grew by 177% in the last ten years, nearly tripling since the early 2000’s. Natural gas is also on the rise, but petroleum liquids fell by over 80%, a massive reduction, and coal saw a corresponding drop of nearly a quarter of its former output, over the last decade.

Part of this change may be a result of the rising prices of coal and petroleum (which has already been largely phased out as an electricity source). Once the infrastructures are in place to harness them, renewable fuel sources may drive electricity costs down, but there’s a long road of development ahead before that’s possible. 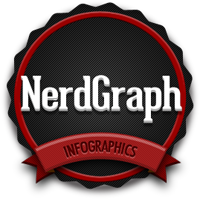 The No. 1 source for the best infographics